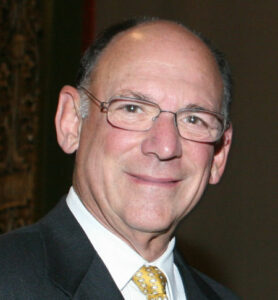 In 1999, I along with a few others founded the Center for Jewish Genetics. We founded the Center with the goal to educate the Jewish community about Jewish genetic disorders, and to assist carriers of mutant genes to understand their family planning options. Later we added subsidized genetic screening.

In 2013, genetic technology has advanced to a point that we can literally “change Jewish history.” One in four Ashkenazi Jewish is a carrier of one of the “Jewish genetic disorders,” and most do not know it. Science has now developed ways that we can test for these defective (mutant) genes with a simple blood test. The Center staff can then assist individuals who are carriers with their family planning decisions and help them avoid passing the mutant gene to their kids – hence “change Jewish history” by eliminating the these Jewish genetic disorders.

When the Center was founded, my wife and I already knew that our son Art Kessler had Dystonia – one of these disorders. At the time there was no technology available that would allow Art and his wife Wendy to be sure their natural born children would not inherit the mutant dystonia gene. Since the time of their marriage, new technology called PGD (Pre-implantation Genetic Diagnosis) has been developed to avoid this situation. With the assistance of PGD, Art and Wendy have given birth to two children who are not carriers of the Dystonia gene.

We have stopped the dystonia gene from being passed on to subsequent generations in our family.

Now the Norton & Elaine Sarnoff Center for Jewish Genetics, our work has evolved but our core mission remains the same. The Sarnoff Center has changed the lives of my children and grandchildren as well as hundreds of families. We are “changing Jewish history” – one family at a time. It is an honor to be part of such an important endeavor.

The Norton & Elaine Sarnoff Center for Jewish Genetics is a supporting foundation of the Jewish United Fund, and is supported in part by the Michael Reese Health Trust.